Our year 5 and 6 dance club have been working very hard over the past few weeks and came up with 3 brilliant dances. We welcomed in parents to watch the performance and the children performed fantastically well. Huge thanks to Alison for running the club and getting the performance together and a MASSIVE WELL DONE to all the children who took part. 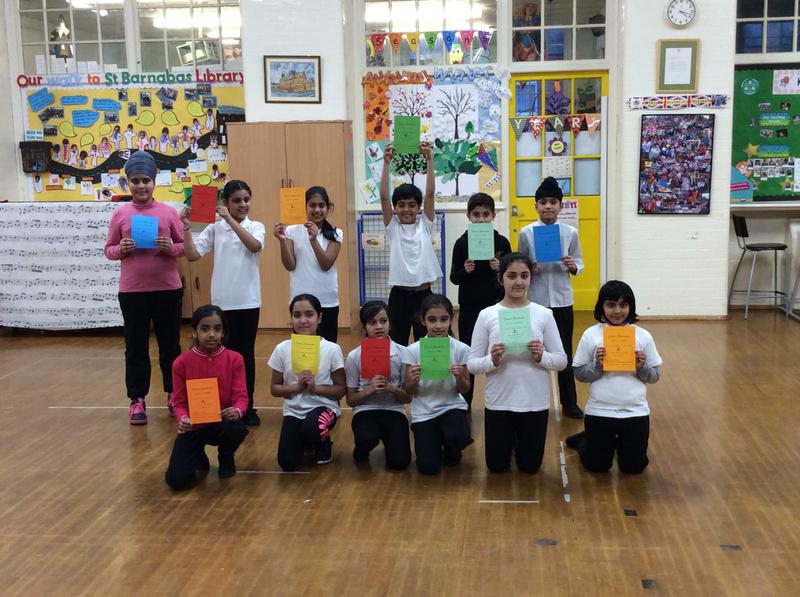 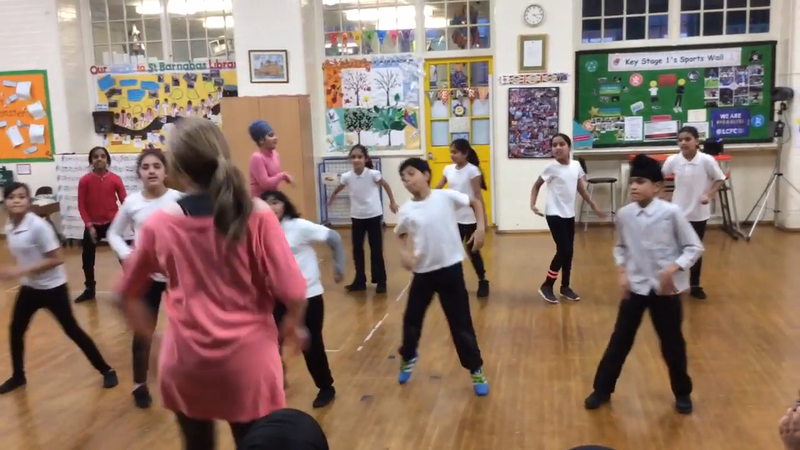 Great day out for our year 1s at Crown Hills

We took 24 year 1s to Crown Hills College to take part in a variety of sports. The focus of the day was to give the children the opportunity to work on vital skills like agility, balance and coordination. They got the opportunity to work with children from 7 other schools as well as being coached by the young leaders at Crown Hills. All the children behaved impeccably and had constant smiles on their faces all day. A big thanks to Crown Hills for putting on the event and extra thanks to the TA's who assisted Mr Smith on the day. 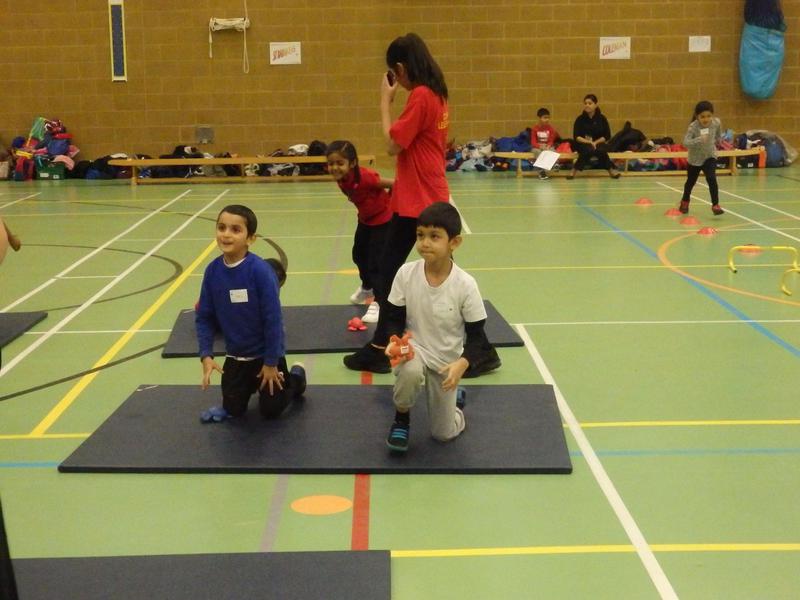 having made it to The East Leicester finals at Gateway College we took a team out on Tuesday afternoon to compete against several other teams from the City. We played 3 games against very strong opposition and failed to win any of the games. The players from year 5/6 who represented the school deserve huge credit for their desire, dedication and commitment to the cause even when things were not going their way. The overall winners were Hope Hamilton who played some incredible basketball, so a massive congratulations goes to them.

Our year 5 and 6 basketball team have made it to the finals of the SSPAN basketball tournament. We traveled to Gateway college on Tuesday to play 3 matches against other schools. We lost one of the games 6-3 but went onto win our next 2 games 9-3 and 15-3 meaning we finished second and confirming our passage into the next stage. WELL DONE TO ALL THE PLAYERS WHO WERE A CREDIT TO THE SCHOOL. 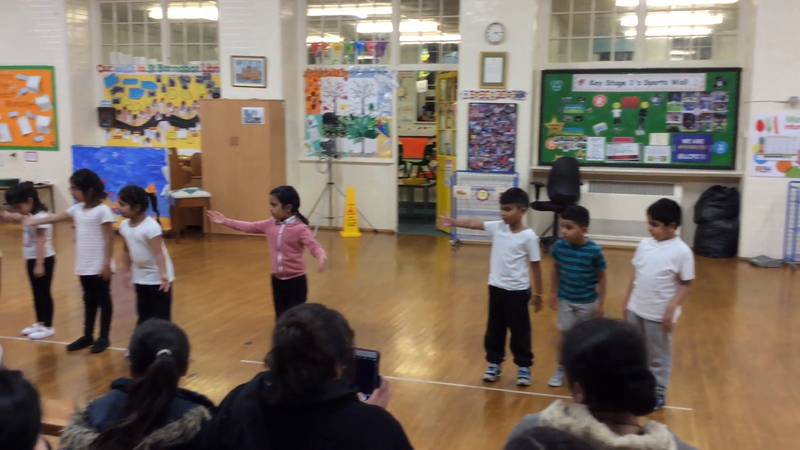 The year 1's have been working very hard with Alison, our dance teacher, for 7 weeks and they put together a wonderful show for parents. The theme was Charlie and the chocolate factory... here is one of the videos from the amazing display!

Year 4's get the chance to play Lacrosse

It's been a busy few weeks!

Over the past few weeks the children at Spinney Hill have been very busy - we have been on a year 3/4 football trip to Leicester City Training ground. The tournament was set up and run by current u-23 players at the club.

Our year 2's have been taking part in dance classes where they have had the chance to learn the jive, the cha cha cha and much more! Following this some of our year 1's have been attending an after-school dance club  ready for a performance on December 12th!

Finally, we took 6SW to Crown Hills College to take part in a KS2 sports festival - including cricket, basketball, kurling and skipping - they had a great time!

Spinney Hill had a brilliant time at the Knighton table-tennis centre we were able to take both an "A" and a "B" team to the event. This meant that we had 16 children taking part in table-tennis throughout the morning! A special Mention to Hilal in 6SW and Safa in 6NWF who both won the star player trophy.

3AM learn about leading a healthy lifestyle

Class 3AM have been working hard and learning about the importance of having a healthy lifestyle. They made their own healthy plates as well as making some delicious fruit smoothies!

we took a mixed year 5 and a mixed year 6 team to Goals on Friday 30th September to take part in a football tournament. All the children had a great time and both teams played some really good football! The year 6's managed to finish 3rd out of 6 and the year 5's finished 2nd! A huge well done to all involved. 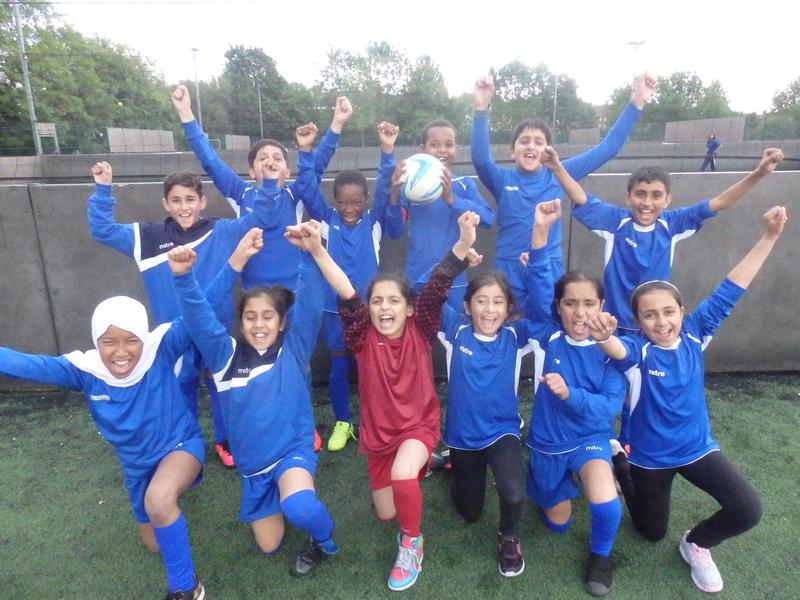 The boys continued their good start to the season with a win, draw and a loss at this weeks Judgemeadow fixtures. With a few players missing some new players got the chance to stake a claim for the team. Spinney started well again with a 2-0 win against with goals from Aminjot and Arsh. The first was a fantastic team move and great individual skill by the captain Salmaan involving a step over and very accurate cross. The second was a long ball which was latched onto be the pacey Arsh who finished like Jamie Vardy. Unfortunately Spinney lost their second game 3-1 but managed to get a good 0-0 draw in their final fixture. Another great team performance from all the players!

Boys off to an unbeaten start at Judgemeadow

19.09.16 - Spinney Hill boys made a terrific start to the LCFC primary school football league at Judgemeadow. The team had to play 3 fixtures in difficult and wet conditions. They kicked off the campaign with a resounding 4-0 win with some truly wonderful goals, the pick of which was a left foot volley from team captain Salmaan. And a super team move capped with a good finish from Zayan. Their second two games were not as straightforward with both ending 0-0 if it wasn't for Arqam in the Spinney Hill goal these could easily have been defeats. The goal keeper showed great anticipation, communication and brilliant bravery to keep the opposition at bay. A display of pure class! Overall a superb start 3 games 4 goals and 0 conceded means Spinney Hill have the perfect platform to build on in the next round of fixtures on Monday 3rd October. Also a HUGE thanks to Miss Patel who stepped in to attend at the very last minute to help on the trip - also capturing some wonderful moments with the camera!

GIRLS NARROWLY MISS OUT ON SEMI-FINALS!

Spinney Hill girls took part in the Danone cup at Rolleston Primary School on Thursday 15th September. They got the honour of wearing the school's brand new football kit for the first time. Results wise we lost 2-0 to a strong Folville team and then drew against a determined Parks 1-1 with Maka from year 5 scoring our goal. We narrowly missed out on the semi-finals by just one goal but the girls had a wonderful time and played some excellent football. 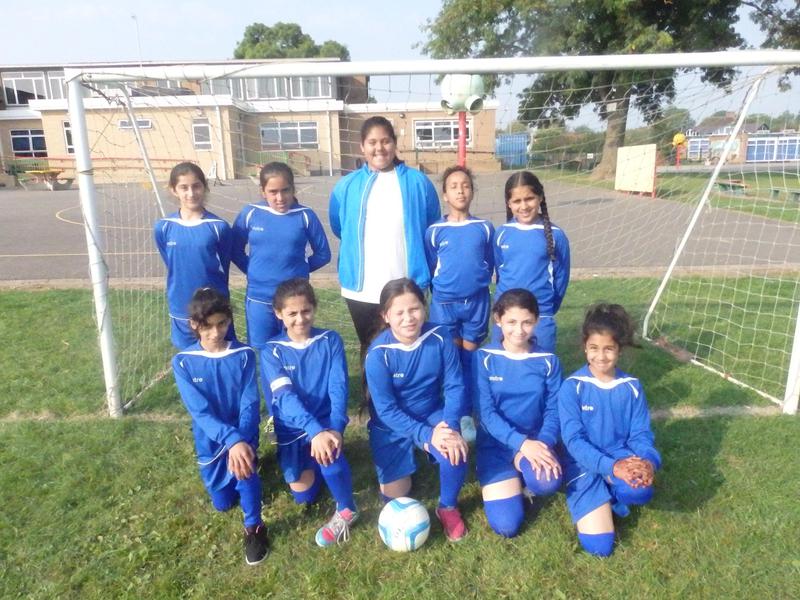 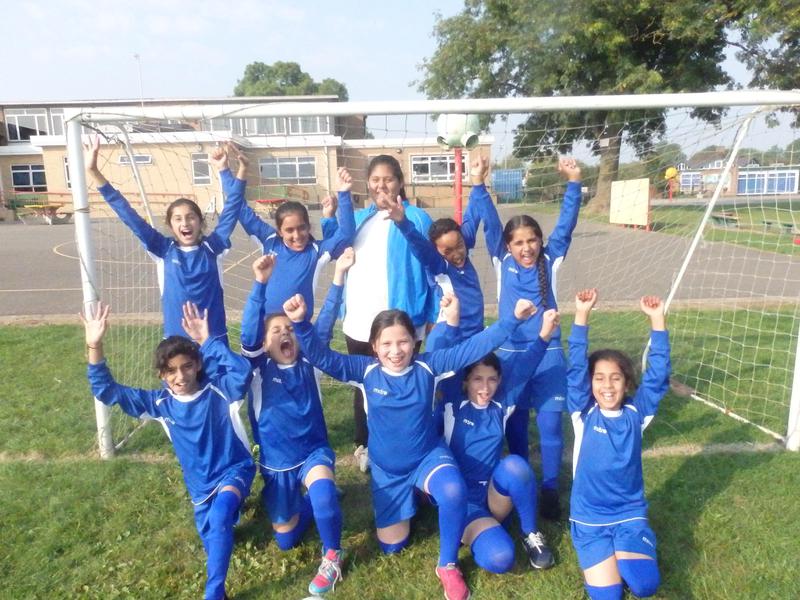 The children watched Fencing, Judo, Rugby 7s and Athletics. They also got the opportunity to take part in football, dodgeball, athletics, tennis, rowing and much more. A great day was had by all and all the children came away inspired and keen to be involved in more sporting activities.